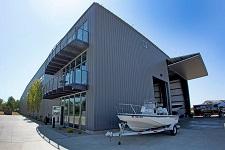 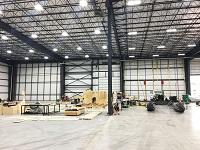 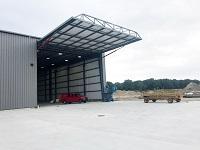 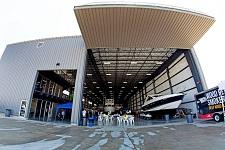 “As our business has grown, the boats have gotten bigger,” says Mike Evenhouse, president of M.E. Yacht Restoration and M.E. Yacht Sales.

Evenhouse got into the restoration business almost by accident. His brother-in-law bought a fixer-upper boat that was damaged in Hurricane Andrew. “I loved fixing and repairing them, but I was too picky, so when the boats were done, they were better than brand new, but they were older boats and I had a hard time recouping my money,” he says. “Boats damaged by saltwater just don’t pay. People would see what we did with these saltwater sunk boats and say, ‘Hey, can you buff my boat or fix the bottom?’ I learned so much because I was buying burnt, sunken trash boats, so working on normal stuff was like nothing. We learned the hard way. I always say that was my college education.”

Evenhouse says he brings a different mentality to the restoration business and does more than just buffing or fixing bottoms. M.E. Yacht Restoration recently completed a $150,000 remodel of a 50-foot Sea Ray Yacht, gutting the inside and putting in quartz countertops, teak floors and custom interiors.

“A lot of people don’t know about boats,” Evenhouse says. “We are almost like a concierge boat service. If a guy is spending a million bucks on a boat, to spend 30 grand a year to have us make sure it’s clean, detailed and all the maintenance done is kind of our niche. We build a relationship with people and customers stay with us and refer us to others once we win their trust.”

Eric Evenhouse, operations manager at ME Yacht Restoration, says that led to business growth. “It always seemed that limitations were always height in these big buildings,” Eric Evenhouse says. “It gets kind of costly and hard on a boat when you have to disassemble hardtops, electronics and that sort of stuff. Both doors are used primarily for the same purpose, to get boats in and out. Over the years, Mike has learned that clearance is a big issue for getting the big boats in. We wanted to get into a different market, with the 70-plus footers. The hydraulic door was put in for more clearance, with it, we gained a good four feet. We really like the simplicity and speed of the hydraulic door.”

When it came time to purchase doors for the new building, Mike Evenhouse scouted the Internet and was impressed with what Schweiss Doors had to offer.

“At first, I assumed the opening would be too big for a hydraulic door and ordered a bifold door,” Mike Evenhouse says. “A guy came in here who builds cylinders; he showed me photos and said, ‘Why don’t you get a hydraulic door?’ I called Schweiss and got the hydraulic door. I like the simplicity of the hydraulic door; less is more. I just love hydraulics. Both doors are very strong. I like the robustness of the way they are engineered. We considered other manufacturers, but they all wanted to install the door and to do so would have cost me almost as much as the door itself.”

Ultimately, the Evenhouses installed the door themselves. “It was relatively easy to install,” says Eric Evenhouse. “Mike was in construction for 20 years before this, working his way up from a grunt to president of the company. He was actually the general contractor on these projects and we had the tools and equipment to do it. The instructions were straightforward and clear cut; we got it together pretty quick and everything worked like the way it said it should. The speed of it going up and down is quicker than the bifold door. The bifold is a great door; the initial setup took just a little longer. They both work great, they lock nice and tight and keep the warm air in and the cold air out. We haven’t had any problems with either one and the doors arrived on time and in good condition.”

Eric Evenhouse says Schweiss was responsive to questions and provided great installation instructions. “I took everything one step at a time,” he says. “Once you install a door … if we had to do it again, it would be a snap.”

The new building allows enough room to keep all boats indoors, whether they are waiting to be worked on, being upgraded, cleaned or repaired or are about to be tested in the waters of adjacent Lake Macatawa, which connects directly to Lake Michigan. ME Yacht Restoration doubled the size of its storage space, which, depending on the size of the boats, could amount to about 100 boats.

Mike Evenhouse says plans call for doubling the size of the new facility, depending on the economy. That would include a 60,000 square foot private boat condo with eight 50-foot by 150-foot deep units, each with its own hydraulic door.​

Photo 1: ME Yacht Restoration ordered this bifold liftstrap door measuring 47 feet, 4 inches by 29 feet, 7 inches, for the first phase of building expansion. During the second phase addition, a hydraulic door measuring 45 feet, 11 inches by 34 feet, 1-inch door was ordered, giving them an extra four feet of headroom, ideal for very large yachts to enter the building for restoration or storage.

Photo 2: ME Yacht & Restoration’s new 70,000-square-foot, three-story state-of-the-art storage, restoration and office facility is on the shores of Lake Macatawa that leads into Lake Michigan. Up to 20 employees work there year-round.

Photo 3: Schweiss bifold and hydraulic doors can be opened and stopped at any level. When wide open, both provide a nice shaded canopy.

Photo 4: Mike Evenhouse has a construction background and built his new building and installed both the hydraulic and bifold doors. The building and doors are well insulated and there is in-floor heat. The hydraulic door was installed to give additional headroom.

Photo 5: As a service to its customers, M.E. Yacht Restoration also helps them sell or locate a boat of their liking. Good service and referrals from satisfied customers have allowed the business to expand.

Photo 6: As the boating season opens or comes to an end, boaters trust M.E. Yacht Restoration and its 17-plus employees with the ability to retrieve, transport and work on or store their yachts at their enlarged modern facility. The new boat ramp has eight inches of reinforced concrete leading to Lake Macatawa. 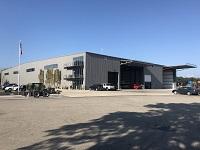